cvansickle Posts: 6,292
March 2019 in Effects Forum
After nine months of waiting for Marshall to start shipping the PEDL 91016 six-button footswitch for the DSL40CR, I have finally completed Mk. 2019 of my bigger pedalboard, sometimes known as Fat Man. Long time DRG members may remember there were four more effects pedals on this board, but I slimmed it down and eliminated redundancy so it's not as fat as it once was! The DSL40CR has the bases covered when it comes to high gain, so just a couple boosts remain. 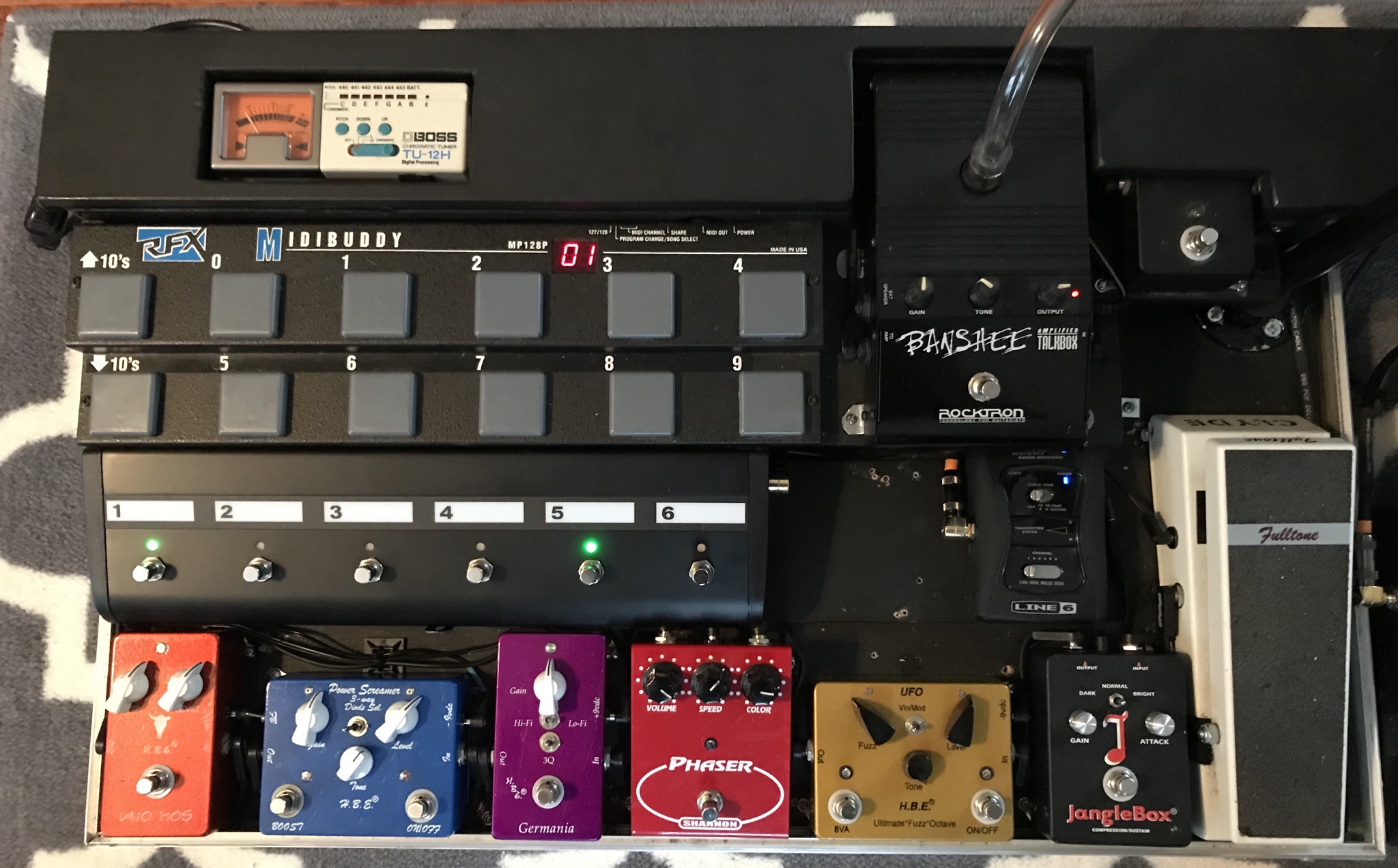 But alas, there's room for something between the six-button pedal and the Line 6 wireless receiver. I have all the modulation, reverb, delay, echo, etc. stuff in the effects loop, controlled by the MIDIBuddy, so I don't need anything swirly. The signal starts at the Fulltone Clyde wah, and feeds into the JangleBox compressor, HBE UFO octave fuzz, Shannon Phaser, HBE Germania treble boost, HBE Power Screamer OD, HBE Uno MOS boost, and Rocktron Banshee talk box. This is all front of amp stuff. Let me hear some suggestions for how to fill this vacancy. Chain wise, the effect would sit between the Uno MOS and the Banshee.

Anyone who suggests an Altoids box forfeits a testicle.