Huey Lewis and the News

merlo_zeppelin Posts: 1,446
April 2015 edited December 1969 in Off topic/NON-DINO Music Area
Just wanted to know if there's any fans. I've been digging this band for years now.

I think Lewis has a lot of character and charisma, and his voice is very recognisable (manly, but not like Coverdale manly). He's not a huge range kind of guy, but I don't think he needs to, he's very expressive and VERY good at phrasing, that's probably his biggest asset as a singer, right there. Dude is a great frontman and I love the whole humor thing that's always present in him and the band.

The band is not bad at all, there's no virtuosity but they play great as an ensemble, the rhythm section really grooves, the guitar players complement each other very well and they always play very tasty, bluesy solos with that very bright 80s clean tone. That's kind of a guitar trademark of the band that I think is pretty cool.

The songs are very good pop songs, vocal hooks are very prominent and Lewis delivers them with great clarity and confidence, plus the backing vocals sound huge and are always spot on. They do a lot of nods to like old american pop stuff, like 50s and 60s stuff but with the 80s sound, but it's very present in the arrangements, and chord progressions.

And if all this doesn't matter, Lewis played the harmonica in fuckin Thin Lizzy, held Phil in high esteem and always said the nicest things about him, plus they did this really cover of Boys Are Back in Town 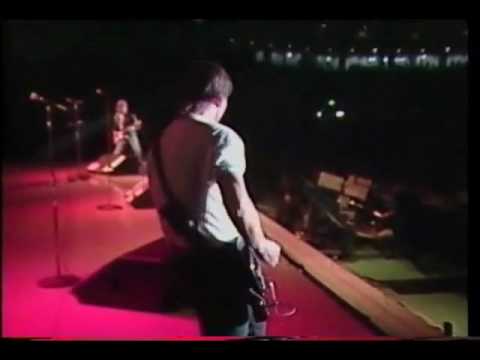