One of the hippest guitar players around at the moment, imo. Equally adept at jazz, blues and funk and all with a shoot from the hip street vibe, which i find to be quite appealing. I find, that while i'm a fan of many of the jazz fusion players, the music they produce leaves me feeling a little cold. Not because the playing isn't great, but more, the songs and overall tones are a little wishy washy. A lot of it could almost pass as elevator music. And, i guess this, for me, is the appeal with Scott Henderson. Not afraid to step outside harmonically, or to take it to Mars and back. It's just more 'street' than other players i've heard. There is a grittiness to his playing that a lot of the fusion type players lack. 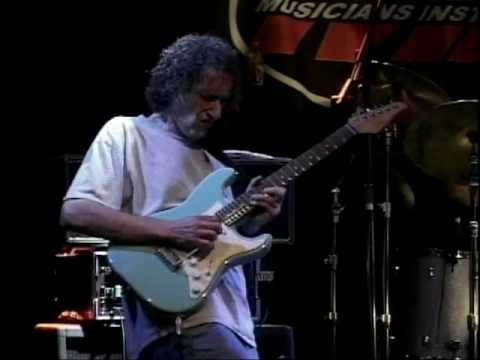